Places where I wasn't asked my Religion or Caste

India: unity in diversity. Yet, we see people fighting and killing each other over religion, burning houses over caste, beating to death over racial-disputes.

We often see people being discriminated on these grounds everywhere in India. But I've been to places where I wasn't asked for my religion or caste.

One day, my friend Sasi asked me if I wanted to visit the kids (of an orphanage). I thought why not, it's going to be a new experience. I grabbed my badminton rackets, roller skates and monopoly board game as my friend told me we will be spending our times with them by playing and/or teaching.

When we reached there, we were greeted by 6-7 kids and were addressed as brother. They were going for football and invited us too to play with them. 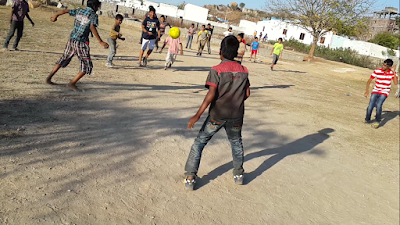 While they were busy playing football, my mind was crowding with thoughts. They didn't care what is the caste/religion of other kids or mine. Isn't this the perfect example of brotherhood, sharing with everyone, caring for everyone? Their world is so different and harmless compared to ours. They were happy. Sometimes, there was a language barrier, but they all understood the word: brother. 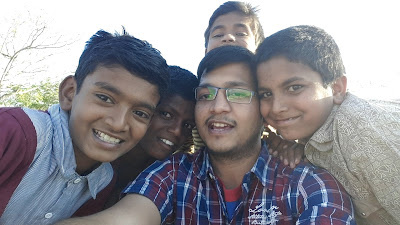 At last, we took a photo (selfie to be precise) which captured the smiles which were there from the time when we arrived, during we were playing and till we parted. I left my stuff with them as those were more useful to them. If you are in Hyderabad, you can visit them, play with them and can share a smile with them.

Again, One day my friend Vaibhow asked me, if I wanted to visit an old-age home. I thought why not (lets get blessed, funny?). Our group of 7-8 friends bought eatable and juice to share with the elders.

When we arrived there, we were greeted by the care taker of the small house. Then we got to meet the elders (all ladies), where we were addressed by son and daughter. 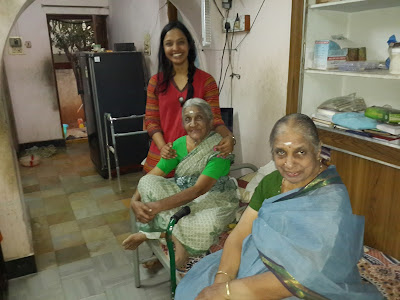 We introduces ourselves and one of the ladies started calling me Gautam (as Gautam Buddha is also known as Siddharth Gautam). And soon we started talking if we have known each others for long. We talked, we sang, we danced, we made fun (among friends) of each other and the elder also took part :D 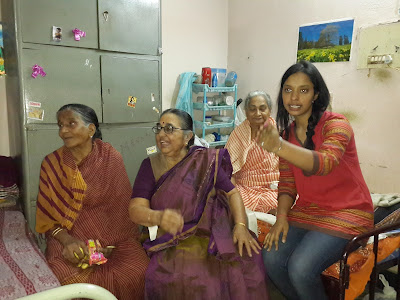 Vaibhow and the lady, who was calling me Gautam, teamed up against another friend. At last, we left with their blessings and unforgettable smiles. Again, my mind was full of thoughts. There was no discrimination among them, based on anything. They didn't ask us to which religion did we belong.

What I actually saw at these places was, unity in diversity, no religion, no caste, no discrimination. They showed love to me, by calling me their brother and son.

PS: you can visit both the websites and make donations as all things (good or bad) require money to function.
Posted by Siddharth at 04:11